2. I understand that Urban Paws, Inc. daycare, open boarding areas and play areas are places where animals commingle in groups. I recognize that there are inherent risks of illness or injury when dealing with animals. Similarly, I understand that when dogs play in groups, they may sustain minor injuries such as nicks and scratches. Other risks include, but are not limited to, problems resulting from dog(s)'s ingesting food scraps or other materials found outdoors and kennel cough. I understand and agree that any problem or injury that develops with my dog(s) will be treated as Urban Paws, Inc. deems best. Urban Paws, Inc. staff may wait until I pick up my dog(s) to inform me of any non-serious injury, such as nicks and scratches. In the event my dog(s) becomes ill or injured to the point of requiring to appearing to require medical treatment, Urban Paws, Inc. staff will first attempt to contact me, followed by an attempt to contact the emergency contact person I listed upon registration of my dog(s) with Urban Paws, Inc. Urban Paws, Inc. may also directly contact my dog(s)'s veterinarian, or a veterinarian chosen by Urban Paws, Inc., if the circumstances are deemed such that immediate treatment is necessary. Urban Paws, Inc. retains sole discretion to deal with emergency matters, and I agree to promptly pay for all medical treatments received by my dog(s), including transportation to an emergency veterinary facility.

4. I understand that if I leave my dog(s) at Urban Paws, Inc. for a period of 7 days beyond the time period for which I contracted for services from Urban Paws, Inc., my dog(s) will be considered abandoned and necessary steps will be taken to turn the animal over to the proper authorities. 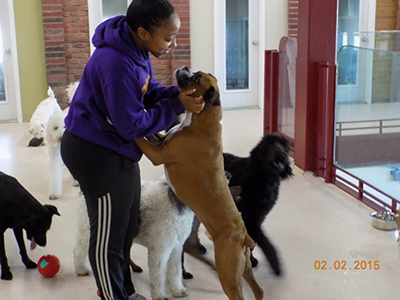 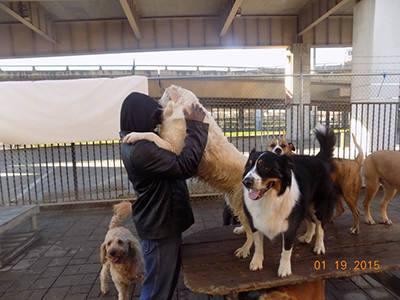 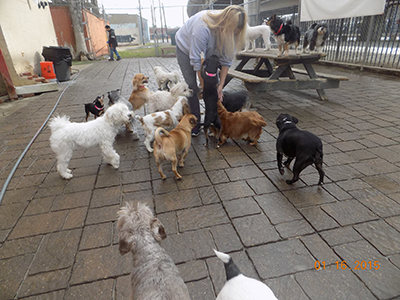 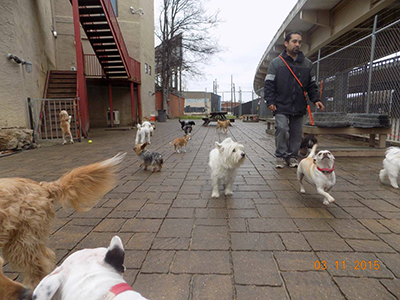 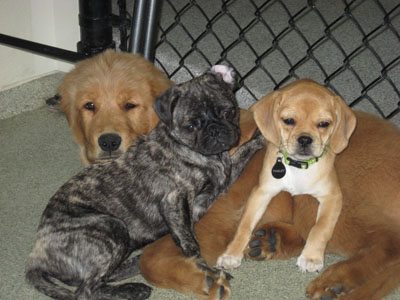 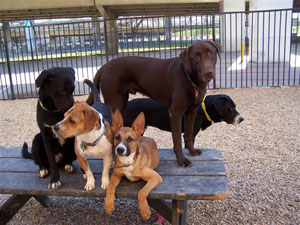 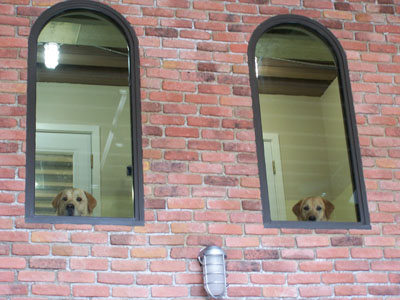 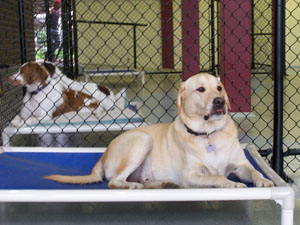 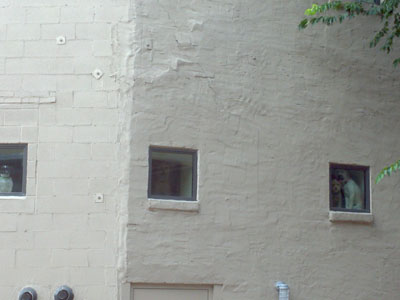 "I love this place! I have been taking Max to this daycare since my mom told me about them. She takes her Cookie and Pelussa and they love it. Max seems to love it too because whenever I'm close to the facility he wants to jump off my car and get in!"

"I cannot recommend this place enough! We take our Siberian Husky/Lab mix fur baby here twice a week for daycare to play all day and boarded him for a few nights when we had to go out of town a few weeks ago. They have both outdoor and indoor yards for the dogs to play in and I trust the staff completely. The entire staff is very friendly and even meet us outside and get him from the car when I pull up to drop him off."

"I've been taking my small dog (terrier mix) to Urban Paws for the past 2 years. He is an older rescue and had some quirks, fears and socialization issues to overcome. Urban Paws has been very sensitive to this and protective of him. They understand and give him extra TLC. After 2 years of slowly warming him up, he now runs and plays ball with other dogs. It's so heartwarming to see his progress which I believe is partly credited to Urban Paws."

"Two things set this place at the top 1) I've never seen a cleaner facility, their cleaning standards are impeccable, and 2) the people that handle the dogs GENUINELY love dogs. You can see it in the way they interact with them-and if I'm going to trust a boarding place with my fur babies, this is the only one."